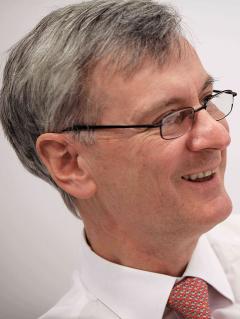 I met Anthony Fizsimmons many years ago at an insurance conference. I was presenting a paper on the human dynamics (which usually means how it goes wrong!) of the insurance business, which was intended to warn investors how the potential for self-delusion/wishful thinking, in the estimates of what the claims will eventually cost, means that insurance is often a really terrible industry to invest in!

Anthony started life studying engineering, like me, but became a lawyer and ultimately a partner in a City firm in London.

He found himself helping clients deal with major reputation-threatening problems and became interested in what the drivers really were – an analytical approach to risk management.

Anthony set up an organisation called Reputability, and there is masses of good stuff on the Reputability site – stuff which is absolutely relevant to shareholders who want to think like owners and to take an interest in how their companies operate.

Anthony was part of a team which authored quite a famous Cass Business School report entitled “Roads to Ruin”, a study of a selection of high-profile disasters. It is essential reading for shareholders. It turns out that pretty well everything that goes wrong with companies can be traced to failings and gaps in the board. Which leads to all sorts of interesting lines of enquiry at AGMs. You can find the essentials of the Roads to Ruin study here. There is also a Reputability blog site which is full of gems. See some examples here and here. These discuss how and why companies get the wrong people as CEOs.

Fairly recently, Anthony and Derek Atkins, sadly now deceased, wrote a book entitled “Rethinking Reputational Risk: How to Manage the Risks that can Ruin Your Business, Your Reputation and You”. It’s about the human factors that lead seemingly sound organisations, including companies, to fail, to the great shock of leaders. It got its formal title because the publishers thought, perhaps correctly, that the title would help sell the book. It contains diagnoses of what goes wrong in companies but also includes practical suggestions for tackling the problems. Another really good book to read! 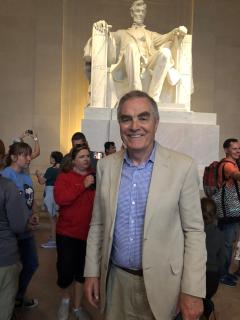 Colm Fagan is a much more recent acquaintance than Anthony, but it turns out that we have links in common that go back many years.

I was looking at the online comments below an FT article on pensions and was struck by one particular contribution. Unlike most commenters on the online FT, Colm gives his name, so I was easily able to go to Colm’s personal website, which was really interesting. www.colmfagan.ie

“The aims of this website are:
(i) to set out proposals for a new approach to Defined Contribution pensions and to muster support for that approach; and
(ii) to demystify investing in ordinary shares and to make the world of investing accessible to people without specialised financial knowledge. I have strong views on both. Whether you agree or disagree with my views, I would really appreciate hearing from you. Write to me at colm@colmfagan.ie. I will get back to you as soon as possible.”

So I wrote to Colm, explaining that we clearly have lots of interests in common, and sharing the presentation I gave on STC to an actuarial conference last June. Colm’s response included the following:

“I’ve read your presentation to the ATRC conference, and agreed with practically every word.” “I ticked nearly every bullet point under the 8 questions at the end on STC.”
I then learned that Colm had just joined UKSA with a view to contributing ideas to STC.

Colm is a past president of the Society of Actuaries in Ireland. But he likes to stress that he has no exaggerated ideas of his own importance! It also turns out that Colm used to know my first boss at Save and Prosper, Dick Squires, whom I liked hugely. Many years ago Colm also worked with Roy Colbran, who used to lead UKSA’s policy work. Small world!

FCA proposes a new category of authorised open ended fund called the long term asset fund (LTAF)
Thursday, July 22, 2021 - 18:44
UKSA & ShareSoc have responded jointly to the most important review of auditing and corporate governance for a generation
Tuesday, July 6, 2021 - 08:59
Wiping out shareholders should not be the default option
Monday, June 28, 2021 - 14:20
END_OF_DOCUMENT_TOKEN_TO_BE_REPLACED